The day started early on Tuesday 7th September 2021 when my friend Andy arrived at my house, together we set off on a three day “adventure” after a few hours of driving by Andy we arrived at our first stop on the tour which was RAF Shawbury in Shropshire home of the Defence Helicopter Flying School [DHFS]. The DHFS use a mixture of the Airbus H135T3 Juno HT.1 and H145 Jupiter HT.1 Helicopters for training future helicopter pilots and crews.

We were rather disappointed when we arrived at Shawbury as the airfield was shrouded in mist & fog and we could only just make out the runway which was less than 100 metres away from us. Within thirty minutes luck was on our side and the sun broke through the mist to reveal twenty of the H135’s and just one of the H145’s. We were pleased to see another H145 arrive from RAF Valley in Wales which landed shortly after the mist had cleared.

It was still relatively early so we pushed on towards an airfield called Sleap, however when we arrived the airfield was closed which was rather disappointing. We did actually find a sign of life and this gentleman told us that the weekends were the best times to visit as most of the hangars were open and volunteers were also working.

There was a fairly long drive through Shropshire into Cheshire and finally into North Wales to reach our next destination of Harwarden or as its sometimes referred to Broughton. Airbus U.K. have a large facility at this aerodrome where they manufacture wing components and or complete wings for various Airbus aircraft including the A400M Atlas. The wings for the A400M are flown from Broughton to Airbus Defence & Space located at their facility on the Aeropuerto de Sevilla, Andalusia, Espana/Spain in an Airbus A330 Super Beluga.

This was the first time that Andy had been to Broughton and I believe this had been my fourth or fifth time visiting. We managed to find a large percentage of the stored aircraft located both on the airfield or on the publicly assessible side of the aerodrome which as fortune would have it had a café for that more than necessary intake of liquid caffeine aka Coffee! From there we found another Wreck & Relic (extant airframe) at the Harwarden Nr. 2247 Squadron Air Training Corps unit in the shape of Vampire T.11 serial XE852

Refreshed we set off for our final destination of the day RAF Valley on the Isle of Anglesey home to the RAF’s advanced training wing utilising the Beech Texan T.1 of Nr. 72 Sqn, the BAeS Hawk Mk. T2 of Nr. IV and XXV(F) Squadron for advance flying training prior to going either to the Typhoon or the F-35B Lightning. Also based at RAF Valley is Nr. 202 Squadron using the H145 in the training and SAR (Search And Rescue) roles. Albeit we arrived late in the afternoon we were extremely pleased to see that all three types of aircraft mentioned here were still actively flying. The biggest bonus for me is that I “made” my last Hawk T.2 serial Nr. ZK023 / N of Nr. IV Sqn.

After a couple of hours and the cessation of flying we had seen seven of the Beechcraft T-6 Texans, twenty plus of the Hawk T.2’s and one of the based H145’s it was time we made our way to our hotel for the night about seven miles away in Holyhead.

Having checked in we decided to eat out rather than in, that was our first mistake! We first refueled at a local supermarket and ventured towards the Docks hoping to find a suitable restaurant, second mistake!! Undaunted we returned to the hotel to now find that there was at least an hour wait for a table and a very limited menu as they had “delivery problems”. At 21:00 or thereabouts Andy and I sat down to dinner which for me was a Burger and Chips and I think Andy had a Pizza or similar, the sum total of the menu – Third mistake!

Eight of the fourteen Beech T.6 Texans of 72 Sqn

I’m pretty certain we skipped breakfast, but for sure we were at the fence of RAF Valley by 07:00. Eight of the fourteen Beech T-6 Texans of 72 Squadron were already out on the flight line, this left just two to find in the 72 Sqn hangars. After about a mile of walking we could clearly see into the end of the hangar and much to our delight were the two missing airframes we wanted to see. In summary in less than 24 hours we had seen the entire Squadron of the Beechcraft T-6 Texan’s. I was very happy in that I had also made my last Hawk T.2, Andy however still needed to see just one more Hawk T.2. Luck was not with him on the 8th so we decided to start making our way away from RAF Valley towards the museum collection at Tacla Tiad where the prize for Andy was a Hawker Hunter T.8C serial WV396 that had once been the Gate Guardian at RAF Valley which is where I saw it many moons ago. In 2021 the Gate Guardian is a Hawk T.1 XX156 coded 156 in the black colour scheme.

This photo shows the Beech Texan T.6 of Nr. 72 Sqn on final approach 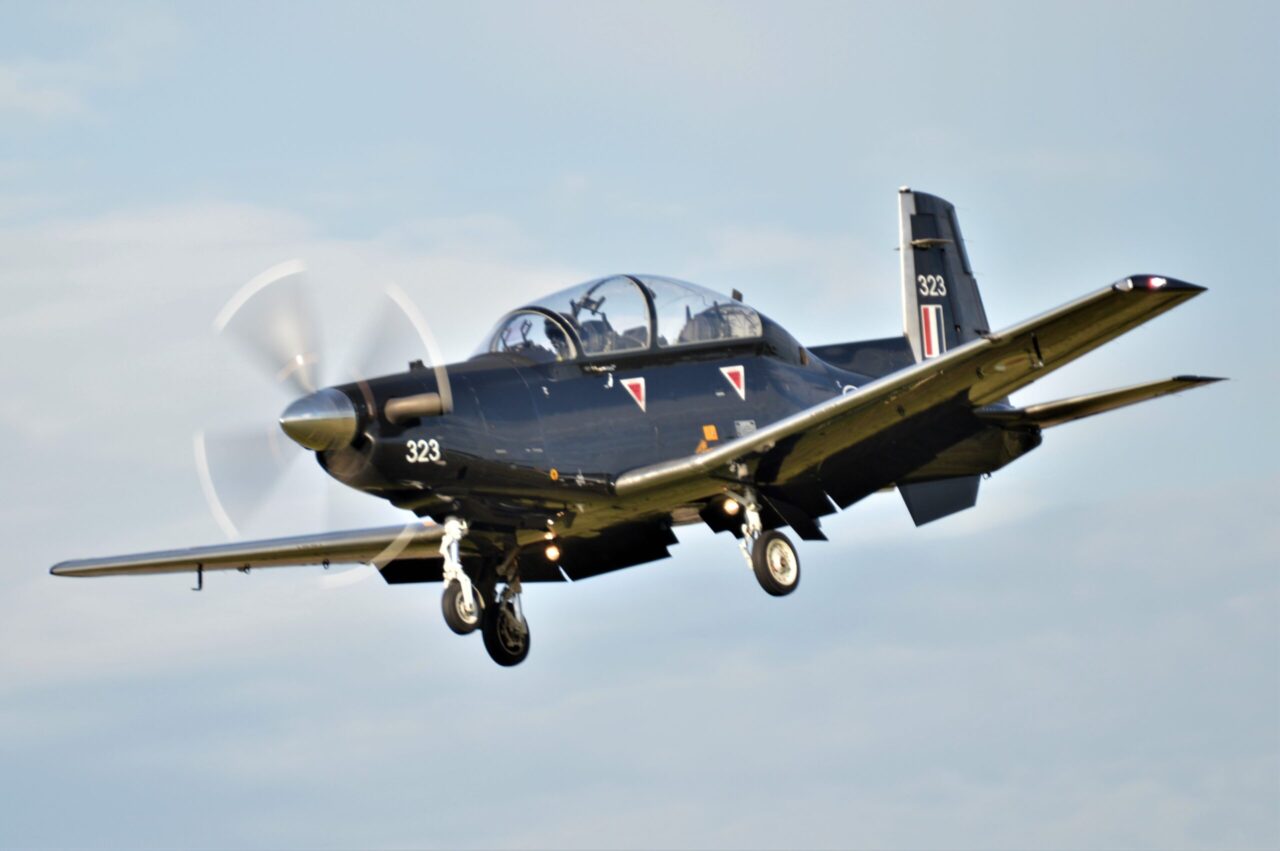 Swiftly moving on; we arrived at the Caernarfon Aviation Museum nearly two hours later where our first “make” was a UK Maritime & Coast Guard Agency (MCGA) Sikorsky S-72A registration G-MCGK and a drone registered G-UASA also operated by the MCGA.

My only personal “make” at the museum was actually on the fire dump, the aircraft was a Westland Whirlwind HAR.10 which was lying forlornly on it’s side showing many signs of being burnt.

Once again we pushed on heading back to RAF Shawbury in Shropshire. By now we had done a bit of research on the best place(s) to view the aircraft aprons, the weather (WX) was good for once. We saw thirteen H135’s and just one H145 which was not the one I wanted! Towards the end of our time there they started to put the aircraft away, we deduced from this that this was of the end of the flying for today and decided to make for our hotel. Travel time from RAF Shawbury to the hotel was approximately thirty minutes and as luck would have it the hotel was right next door to a restaurant-pub, perfect!

9th September: another early start and back to RAF Shawbury to witness the first flights / recovery’s of the day. A total of eighteen helicopters were out on the apron comprised of seventeen H135’s and a lone H145 serial ZM500 / 00. Looking at my log book these were the same aircraft we had seen the previous afternoon so a little disappointing. During the time we were there a Shorts Tucano T.1 serial ZF486 had been pulled out of one of the storage hangars. A number of these aircraft have been sold to a private operator in the United States of America, whether this was to be one I’m not really sure.

A couple of hours later Andy and I were at RAF Cosford visiting the Royal Air Force Museum and the Defence School of Aeronautical Engineering (DSAE formerly the School of Technical Training SoTT). It had once again been many years since my previous visit, it was therefore refreshing for me to see a number of exhibits I had not seen before displayed there. Details of the residents of both the DSAE and the Museum can be found by doing a Google search for EuroDemobbed.

After a light snack at the museum it was time to head for our respective homes; Andy has another one hour plus journey home from my residence in Hertfordshire

All in all it was a very pleasant and successful Aviation Adventure over the three days and two nights we were away.

My sincere thanks to Andy for using his vehicle and for doing all the driving.